Estrogen and Progesterone are the two main female sex hormones. They are steroid in nature, hence named Sex steroids. Both hormones are responsible for sexual maturation, reproduction and play a key role in general health. Though termed female sex hormones, they are also present in males and play equally important roles as they do in females. However, the concentrations of Estrogen and Progesterone are much lower than in women.

Where is it produced? And how is it released?

Estrogen is mainly produced in Ovaries, particularly by developing Graafian Follicles. Placenta also makes Estrogen during pregnancy and smaller amounts of the hormone are also made by the adrenal glands and fat cells. It is secreted by ovaries on stimulation.

Estrogen synthesis and its release are stimulated by another hormone known as Follicle Stimulating Hormone (FSH) which, in turn, is stimulated by Gonadotropin-Releasing Hormone (GnRH). FSH triggers follicles which results in the release of Estrogen. The Release of the hormone functions by a Negative Feedback Mechanism. Greater than normal levels of Estrogen in the blood inhibit the production and secretion of Estrogen stimulating hormones, explicitly FSH and GnRH. 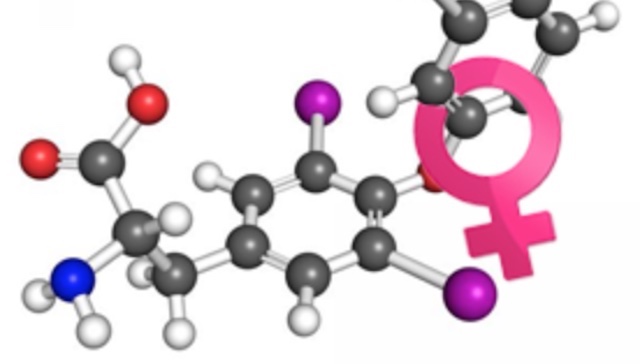 Role of Estrogen in puberty

When a female reaches the age of Puberty larger quantities of Estrogen are produced. These raised levels initiate the development of female body type, including breast development, widening of the pelvis, increased sebum production and growth of hair on underarms and pubic area.

Menstruation is the mark of Female fertility. It begins with a Follicular phase. The pituitary gland releases two hormones, FSH and LH, that enhance estrogen production and stimulate follicle growth in both the ovaries. One mature Graafian’ follicle is formed under the influence of these two hormones that start producing more and more Estrogen. This increase in Estrogen encourages endometrial growth and improves mood. Along with the action of LH, the Graafian follicle burst and releases its egg which is termed as Ovulation.

Now egg travels down to the uterus via fallopian tubes and the remaining burst follicle is converted into luteal tissue, initiating the Luteal phase of the menstrual cycle. Progesterone is the major hormone of this phase that thickens the uterine lining and prepares the uterus for pregnancy if fertilization has taken place. In the case of no fertilization, the luteal tissue degrades causing all the blood and tissues that developed during such time to exit the body.

This bleeding and shedding mark the initiation of the menstrual cycle. Low levels of Estrogen and Progesterone also produces irritability and emotional changes, giving rise to Premenstrual Syndrome (PMS).

Pregnancy is regulated by Estrogen and various other hormones. Ovaries and placenta collectively produce Estrogen to maintain a healthy pregnancy. It helps the uterus grow and promotes vascularization to improve blood circulation and transport nutrients to support the developing baby. Women in their first-trimester experience nausea due to Estrogen increase. During the second trimester, estrogen helps in the maturation of breast and breast ducts. And throughout pregnancy Estrogen promotes fetal development.

Estrogen levels naturally drop after delivery due to breastfeeding and other physiologic factors. This prevents ovulation and may contribute to the development of postpartum depression.

Menopause is characterized by Estrogen declination and it is completely normal. Women who reach menopause are at increased risk of osteoporosis and cardiovascular diseases. 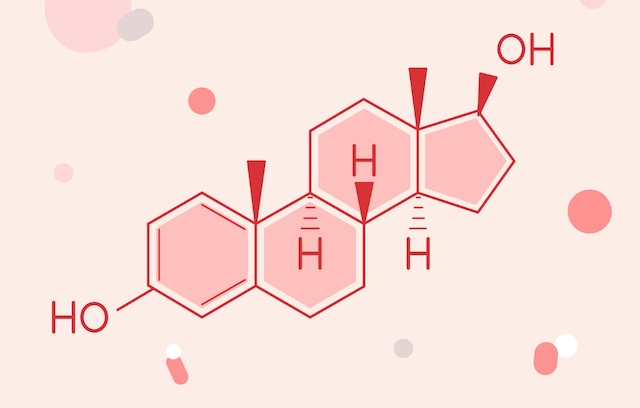 Estrogen as a contraceptive

Combination of Estrogen and progesterone work as a hormonal contraceptive. They do not let ovulation to occur and thus prevents pregnancy. 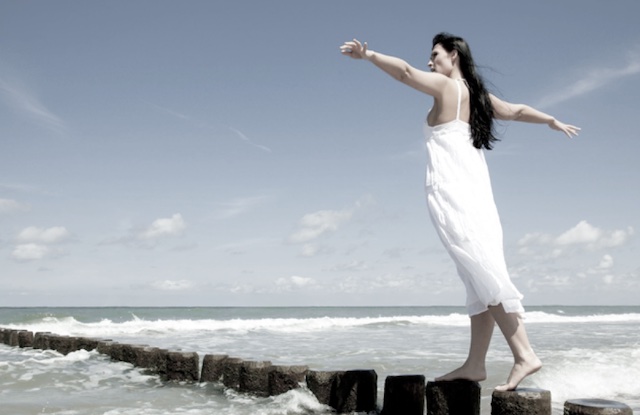 ●     It antagonizes the effects of Parathyroid Hormone and promotes Calcium and Phosphorus retention on bones and promotes bone calcification, and elevates the levels of said minerals by promoting Skeletal muscle deposition, producing Hypercalcemia and Hyperphosphatemia.

Role of Estrogen in Male

Though Testosterone is the major male hormone

, Estrogen also has a significant role in controlling sex drive and production of sperms and stimulate an erection. Estrogen levels increase as men age whereas Testosterone levels drop. This increase is fine until levels get extremely high. Abnormally raised Estrogen levels may contribute a risk factor for diabetes and male infertility. Add Celery to Your Diet for Health and Flavor
NEWS Magic of Adding Spices to Your Diet: 7 Health Benefits
NEWS Herbs: Now And Then
BLOG Is the Juice Diet the Ultimate Weight Loss Plan?
DIET