Microbladed Eyebrows. Yes Or No | DietZones

Microbladed Eyebrows. Yes Or No

For some time now, microblading, a semi-permanent procedure, has gained a lot of popularity. Viewed as the hottest beauty trend, microblading injects ink into your eyebrows to aid in filling sparse brows. At the same time, we can easily see there is a constant debate on whether or not you should microblade your brows.

To address this issue, we’ve compelled a list with everything you need to know about microblading. Read on to find out if microblading is worth it or not.

#1 It is not a permanent procedure

As mentioned above, microblading is a semi-permanent procedure. It is a superficial tattooing technique that lasts a lot less than body art tattooing. Also, the inks used for this cosmetic procedure are more degradable. Simply put, your immune system will deal with the ink and remove it from your skin as fast as possible. This is why, in time, microblading fades.

#2 It requires at least two sessions

Recent studies revealed that an average person needs at least two microblading sessions to achieve the desired result. Mostly, after the first procedure, you will have to come back after a month for a touch-up session. This is linked to the skin type and tone someone has as it can influence how the ink is saturated. 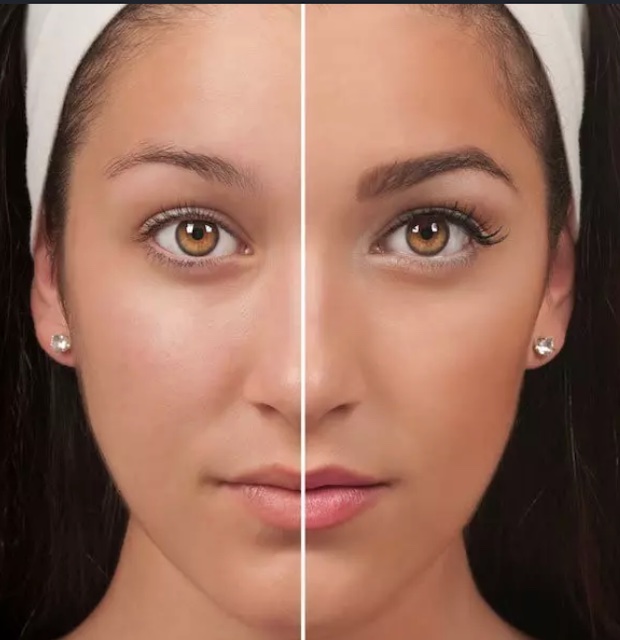 As a fact, oily and combined skin types are the most difficult to microblade. Those skin types are prone to rejecting the pigment and can even develop pigment hydration. This refers to the situation in which the dye reacts to sebum, and the strokes blend and end up looking like a powder-filled brow rather than having a natural appearance. So, if you have greasy skin or a tendency to scar easily, it might not be a great idea to microblade your brows.

#4 The microblading session takes a lot of time

If you want to tattoo your eyebrows with semi-permanent ink, you will have to prepare for sitting still for quite some time. Depending on what you want and on your brow’s hair, the procedure can take between one and one and a half hours. Also, keep in mind that aftercare is essential for the best results, meaning you will have to add some time to your daily routine, too. 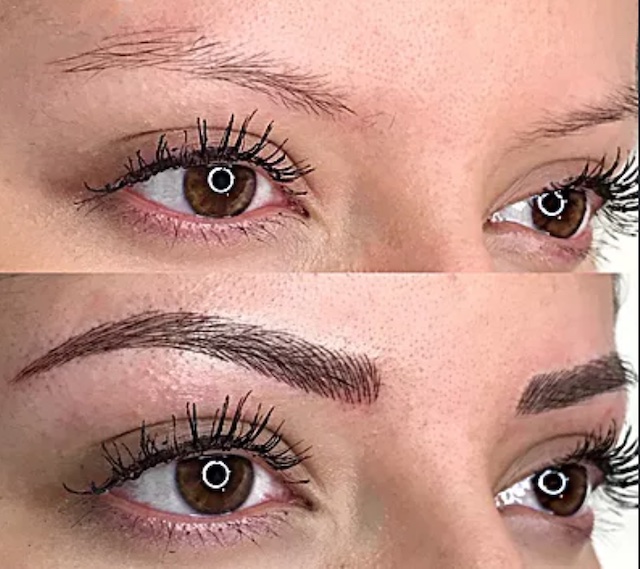 #5 There is no such thing as perfectly equal brows

Even though we like to think that eyebrows can be equals, it is not a fact. Nobody has equidistant eyes from the bridge of the nose. Also, the eye’s cavities play an essential role in the brow’s appearance. Hence, the brow bone can sometimes be flatter or rounder on one side than on the other. If you want to microblade your eyebrows to make them perfectly equal, rest assure that won’t happen anytime soon.

If you are extremely sensitive to pain, then microblading is not recommended for you. It is a tattoo applied to the most sensitive area on your complexion. Even though a numbing agent is used, the pain is felt. Also, it is not best to use numbing agents for microblading as it can alter the result. We can safely assume that the downside of microblading your brows is, of course, the pain you will have to face. 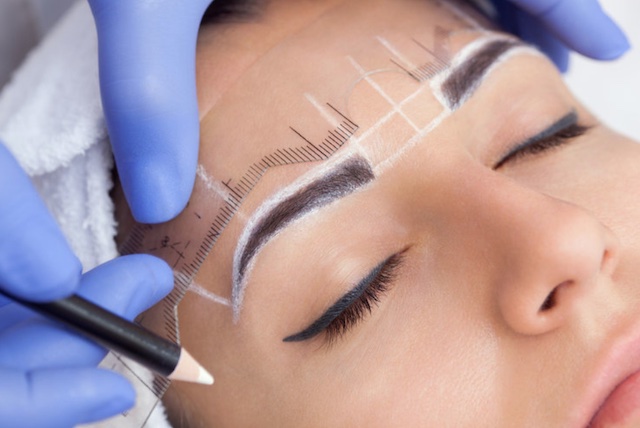 Besides this, microblading can be quite costly, depending on the place you opt to go. It indeed represents an effective solution for those that have extremely thin brows. But if you have healthy eyebrows with hair that can be trimmed and shaped, it is always best to go to a professional to traditionally trim your brows. Ultimately

, it is all about personal preference. Microbladed eyebrows can look beautiful if done by a professional. The Meat. To Eat Or Not To Eat
LIVING WELL How To Encourage Children To Eat Fruits And Vegetables
BLOG Yogurt Micro-Organisms Are Blessing For Your Gut Health
LIVING WELL Health is Wealth: Say No to These Unhealthy Foods
BEAUTY The Beyond Diet: This is How It Works
DIET