The heart is the most important organ of the body that autonomously pumps the blood to every cell of the body to keep the vital processes running. Heart diseases affect the physiological functions of the heart and lead to increased morbidity and mortality. Both men and women are prone to develop heart diseases contrary to the perception of men being the only victim of this malady.

Coronary artery disease (CAD) is one of the most common types of heart disease that occurs due to partial or complete blockage of coronary vessels supplying the heart. The examples includes angina pectoris, myocardial infarction, heart failure, and rhythm problems, to name but a few. The symptoms of CAD are rather less prominent in women which makes it hard to diagnose and treat such cases.

Coronary Heart Disease has a prevalence of 6.2% in women aged 20 and older, affecting one in every 16 women according to the 2019 statistics by the American Heart Association. With this high prevalence of heart diseases in women, the early recognition of symptoms and prompt diagnosis remain the focus of preventing disabilities and improving life expectancy.

After every 90 minutes, a woman experiences a heart attack in the United States. The chest pain of ischemic heart disease in women is pressing or tightening sensations rather than typical severe crushing pain that is associated with the heart attack. This in part is due to the blockade of not only large-sized coronary vessels that usually occurs in men but also the occlusion of small to medium-size arteries supplying the heart. Due to less severity of symptoms, myocardial ischemia (heart-attack) often gets ignored in women or otherwise presents late in the Emergency Room (ER) after the death of heart muscle has already occurred and no interventions can be done to reverse changes.

Several factors come into play that increases the risk of women developing ischemic heart diseases. These factors include:

High BMI is associated with an exaggerated risk of cardiovascular morbidity and early mortality. Obesity also leads to the onset of cardiovascular complications at a shorter age compared to women with normal BMI and thus gives rise to greater proportion of life lived with cardiac disease.

Female hormones, especially estrogen, is well-known for its cardiovascular benefits and is the main cause of reduced cardiovascular events in women of reproductive age. In fact, due to the protective effects of estrogen, the mean age of first heart attack in women is 72 years compared to that of 65 years in men.

Women are emotional powerhouses and this characteristic puts a strain on their cardiac muscles too. Broken heart Syndrome is brought on by severe emotional stress and leads to a temporary pump failure and has the same clinical presentation as a heart attack.

With less intense but chronic state of stress and/or depression, the cardiac functions in women take a toll. Depression is also linked to reduced compliance with medications prescribed to prevent cardiac complications, thus propagating the risk of disease.

The lazy and inactive life routine is also responsible for an increased rate of cardiovascular diseases (CVD). Some studies have found the increasing prevalence of sedentary lifestyle in women, more so than men, to be a major risk factor for CVD.

The physiological increase in circulatory demands during pregnancy puts an increased load on the heart muscles. This creates an imbalance between the demand and supply of myocardium - the muscle of the heart. Thus the cardiac diseases are precipitated during pregnancy if the coronary vessels supplying the heart are already stenosed to meet the increasing demand.

Pregnancy is also associated with diabetes and hypertension, both of which are independent risk factors for the development of heart disease in later life.

Other factors that are associated with an increased risk of CVD include smoking, hypertension, family history, old age, a diet rich in salt and saturated fats, autoimmune diseases, and polycystic ovarian syndrome.

The most common presentation of ischemic heart disease is chest pain along with sweating and palpitations but such a clinical scenario might not be present in women. ECG changes remain the most reliable emergency tool to diagnose a heart attack. Cardiac enzymes indicate myocardial damage and can be ordered on a simple blood test to confirm the diagnosis and to know the time frame of ischemic events.

Complex cardiac function tests are rarely needed in ischemic heart disease and are only warranted in case of other cardiac abnormalities such as cardiomyopathy, valvular heart disease, and infective endocarditis, etc. 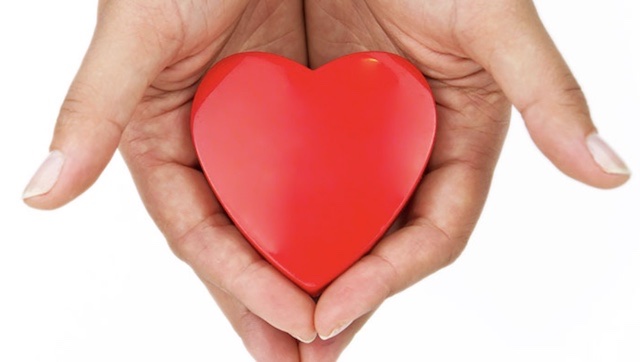 How to prevent such events?

Risk factor reduction one of the main strategies to combat the increasing incidence of cardiovascular diseases. Women can reduce their chances of contracting the lifelong cardiac illness and reduce the progression of cardiac diseases by:

A mild to moderate physical activity not only reduces the risk of cardiac diseases but also increases stress tolerance of myocardial muscles and cardiac fitness. Physical activity of 20-30 mins a day or 150 minutes a week is essential in keeping your heart healthy. You can make small changes in your choices to increase your physical activity throughout the day, such as taking a bicycle to the office or work, preferring stairs over elevators, walking small distances instead of taking a cab, etc.

Avoiding smoking and moderating alcohol intake can significantly reduce the incidence of CVD. Stress also drives the cardiac health, so it is essential to decrease the play of stress and anxiety in one’s life. Participating in social and recreational activities help reduce the stress levels in one’s life.

Diet is the most notorious and modifiable contributing factor to obesity and CVD. With the start of the industrial era, processed and high-calorie food are causing increased morbid states than ever before. A calorie-restricted diet with more preference to natural fruits and vegetables is now becoming the gold-standard in managing weight and reducing cardiovascular complications.

Chronically high blood pressure can have a negative impact on heart muscles and lead to hypertrophy of cardiac muscles. This increase in myocardial thickness increases risk of many cardiac diseases such as cardiomyopathy, ischemic heart disease

, and heart failure. Keeping your blood pressure in normal ranges can go a long way in keeping cardiac function preserved. Daily blood pressure monitoring and reducing the intake of salt can be a helpful intervention in such a case. Must-Go-Through Tips to Get Better Your Libido
BLOG The Patchouli Plant: Benefits & Uses You Need To Know!
BLOG Not All Fat Is Bad
DIET Is Watermelon Good For Diet?
DIET Different Types Of Acne And How To Tackle Them
BEAUTY