Christmas holidays come and go, but we will be still left unsatisfied with our body shape in the upcoming year no matter how many wishes we make on New Year Eve, right? Wrong. This is your lucky day because the article you are currently reading will shed light on the truth about losing and gaining weight effectively.

We seem to notice that all people have different body shapes, however, many fail to understand that as we all are so individual, then similar diets may be more effective for some people and may prove to be absolutely ineffective for others. The times when people used to borrow a diet book from their neighbors and used to rely on the pieces of advice their colleagues were so eager to share have long vanished into thin air. Instead, society is becoming more and more aware of the advantages and disadvantages of each concept for controlling one’s weight. However, many variations of those ideas all rely on the body type diet distinction, which is an underlying notion of the healthy way of losing and gaining weight.

In a nutshell, body type, or somatotype, is the body composition one is programmed to have due to genes and other physical features given at birth. All body types are grouped into three main categories: 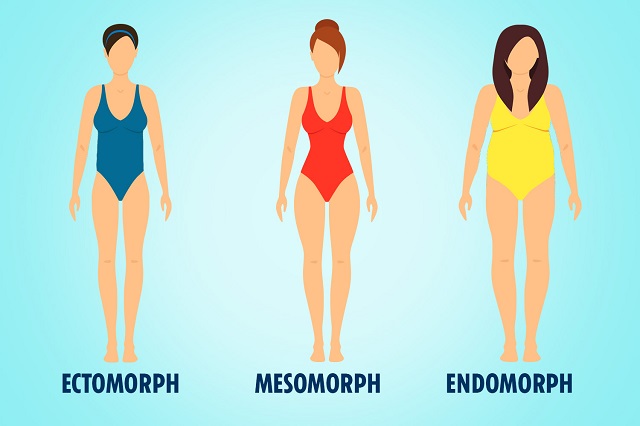 It was initially claimed that a person’s somatotype predetermined both physical and psychological features a person would have throughout the whole life without possibilities to make any considerable changes. However, this theory could not stand up to the criticism and was finally considered not fully accurate as psychological features turned out to not be dependent on one’s somatotype. Scientists have also proven that it was possible to change one’s look but only if the body type was taken into account. Following up on these findings, special diets and sets of exercises have been worked out for each of the somatotypes.

Let’s now look deeper at each of the main body types and recommended courses of action.

The main physical feature of endomorphs is the above-average amount of fat, mostly allocated in the belly, thighs and hips areas. They have rather wide hips and rather short limbs as compared to representatives of the other two body types. Endomorphs often struggle with losing weight because they tend to gain it quickly and then keep it on for a long time. A great number of endomorphs is considered overweight at some point in their lives. People with that body type often find it hard to achieve noticeable muscles without simultaneously gaining some additional fat as well. One of the most relatable jokes among endomorphs is that it feels like it is possible to gain weight by simply passing the bakery shop.

Daily exercise, even a small one, is way more effective than a rare but long and exhausting visit to the gym. Active sports such as aerobics are more preferable for this body type than yoga. However, if active daily exercising is of no help, the problem is definitely with your nutrition. Endomorphs should consume foods containing high protein and low levels of carbohydrates. Grains should be eaten with lunch or dinner. A sample one-day diet menu would look as following: eggs and spinach for breakfast, a protein bar as a snack, roasted turkey with a lettuce salad for lunch, some hummus and vegetables for snack and chicken with quinoa for dinner. 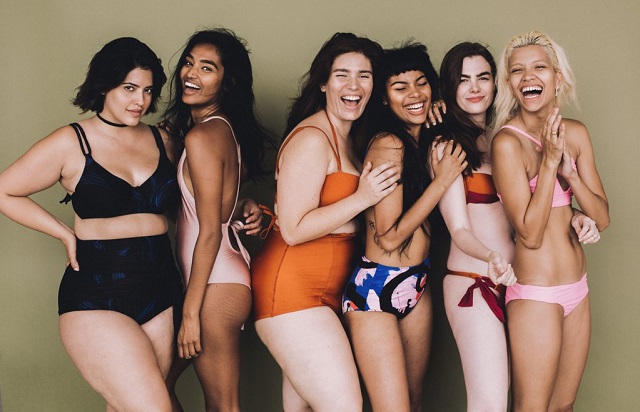 The mesomorphic body shape is traditionally categorized as a general “etalon”. Mesomorphs have broad shoulders, narrow waist and are well-muscled while being both athletic and compact. Women-mesomorphs have an “hourglass” body shape, the one that every girl strives to have.

Mesomorphs have no need in training too hard but they still need to exercise to keep themselves fit. Going to the gym twice a week is a recommended course of action for this somatotype. Concerning nutrition, mesomorphs should have a more or less even division of carbohydrates, protein and fat intake. A sample one-day diet menu would look as following: a toast with scrambled eggs for breakfast, a protein bar and fruit as a snack, a salad with chicken for lunch, some vegetables with hummus as another snack and chicken breast with roasted vegetables for dinner. 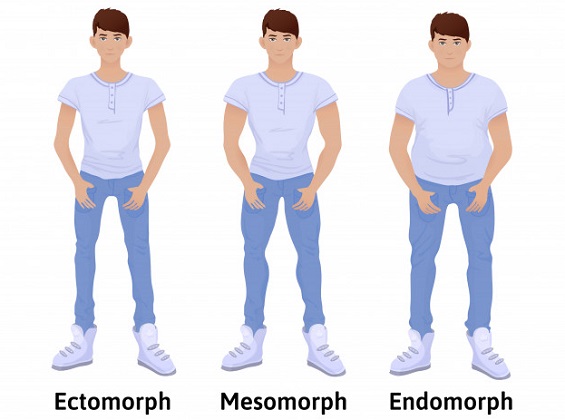 People with this body type have narrow shoulders, hips and waist altogether. They also have rather small muscles relative to their bone length. A distinctive feature of this somatotype is problematic mass gaining due to the naturally fast metabolism. This trait makes them predisposed to such illnesses as anorexia and bulimia. However, a healthy diet and regular exercise will have a considerable positive impact on preventing those people from having the indicated diseases.

As the main priority for this group of people is gaining weight, ectomorphs should spend as little time as possible doing cardio training and shift focus to exercise techniques for hypertrophy. A correctly chosen diet also greatly contributes to healthy mass gaining. The best way to organize one’s nutrition would be to split carbohydrates, protein, and fat in a 45-35-20 proportion respectively. In other words, the ectomorph’s diet contains low fat, moderate protein and high carbohydrates. A sample one-day diet menu would look as following: oatmeal with fruit and nuts for breakfast, protein shake as a snack, chicken with salad for lunch, an apple and almonds as the second snack and grilled shrimp and broccoli with quinoa for dinner.

Now you are all prepared to apply the new strategy for improving your body shape. The next step is going up to the mirror and looking objectively at yourself to estimate which somatotype you look most similar to. Undoubtedly, there are many people who have traits from two or even all three body types, but one somatotype is always predominant and this is the type you should mainly look up to. It is time to finally fulfill your New Year’s resolution What Is The One One One Diet All About?
DIET